When is it safe to dismiss? 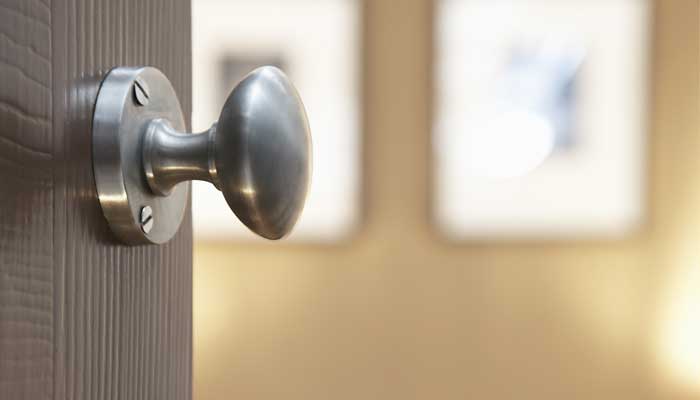 "Safety first" is a core value for many organisations and implementing "golden safety rules" has become a norm. "Golden" or "lifesaving" rules are non-negotiable safety rules that must be followed with the aim of preventing serious injury or death to workers or customers. Some employment contracts provide that a breach of a golden rule is an offence that can lead to summary dismissal. However, as some employers have discovered, even breaching a golden rule is sometimes not enough to warrant dismissal.

Before terminating on the basis of a safety breach, employers should ensure they can identify:

In determining whether or not a dismissal is unfair, the Fair Work Commission (FWC) will first consider whether there was a valid reason—one that is "sound defensible or well founded" and not "capricious, fanciful, spiteful or prejudice". If the reason relates to conduct, the FWC must determine if the conduct occurred on the evidence before it.

Be clear about processes and procedures

In Crawford v BHP Coal Pty Ltd [2017] FWC 154, BHP Coal terminated a diesel fitter for breaching its working at heights procedure—one of its golden safety rules. The fitter filed for unfair dismissal in the FWC, which concluded that the breach was sufficiently serious to constitute a valid reason for dismissal. However, the FWC held the dismissal was unjust due to a lack of procedural fairness. It accepted the fitter's evidence that he was largely excluded from the investigation and the procedure he was required to follow was vague when applied to the particular task he was performing. It also found that BHP had considered matters that weren't put to the employee during its investigation, including that he had been "rude and dismissive" to superiors. The Commissioner stated that if the company had included the employee in the investigation process, he would have been more inclined to find the dismissal was not harsh, unjust or unreasonable. The fitter was awarded $25,000 in compensation.

Is there a breach?

Earlier this year, an employee successfully appealed an FWC decision, which determined he was not unfairly dismissed. At first instance the FWC held that there was a valid reason to dismiss the employee for committing multiple safety breaches. These "serious safety breaches" ranged from failing to wear safety glasses, failing to report a serious near-miss incident, withholding information during the investigation and failing to follow the correct process in a near-miss incident. It was alleged that the employee failed to ensure a truck driver and a jockey were in the "safe zone" while he was loading a truck. The load dislodged and fell, which "just missed" the jockey. At the initial hearing, the employee gave evidence that he was unaware a near-miss had occurred or that the jockey had moved out of the safe zone while he was loading the truck. The Commissioner accepted the employer's evidence that the employee had not taken ownership for the incident or acknowledged the severity of what could have occurred due to his breach. The employer submitted that the breaches involved clear and unambiguous requirements put in place to protect the health and safety of the employee and his co-workers. The Commissioner found the employee had failed to show contrition. However, in Palmer v USG Boral Building Products Pty Ltd [2017] FWCFB 1929 the full bench of the FWC determined the Commissioner had failed to establish that the employee had committed the breaches, noting the jockey and truck driver did not give evidence to establish the incident occurred as the company asserted it had. It further held that the other "safety breaches" relied upon were not sufficiently serious to warrant termination. The case serves as a reminder that you must be able to establish the safety breach occurred if you are going to rely on it as a reason for termination.

Practise what you preach

In Auberson v Clough Downer Joint Venture [2015] FWC 1179, the FWC found that a worker who was terminated over a purported breach of a golden rule and failure to follow a lawful instruction had been unfairly dismissed. The incident involved an employee working at heights without the required fall restraint equipment. When a supervisor saw the employee acting in an unsafe manner, he directed him to stop work, but the employee continued.

Clough submitted that nine times out of ten a breach of a golden rule will result in termination. The FWC accepted that the golden rules were displayed at various locations on-site, read out each day and discussed at pre-start and toolbox meetings. However, it considered that the worker had not been stood down until four days after the incident occurred and the stand down appeared to be at the insistence of the principal contractor and not the worker's employer. It also found that Clough would have been justified in dismissing the worker for the breach of the golden safety rules, however, it could not establish that the subsequent direction that was issued (which was also purportedly breached) was a valid reason for dismissal. The FWC also found there were procedural deficiencies.

Alternatively, in Drysdale v John L Pierce Pty Ltd [2017] FWC 1251 the employee argued the safety rule he had allegedly breached would not have prevented an incident occurring. The employee was immediately fired for failing to comply with safety policies and procedures by talking on his mobile phone while unloading fuel and not setting up an adequate exclusion zone around the fuel tanker whilst the fuel was being distributed. The FWC found that the dismissal was fair and the safety procedures were reasonable, particularly in circumstances where the task is inherently dangerous and the employer has implemented a hierarchy of controls to ensure that the risks were minimised, as far as reasonably practicable.

The bottom line is that if your business claims to have a zero tolerance policy for breaches, you must enforce your golden rules with consistency and timeliness for them to remain solid.

These cases highlight that organisations must "walk the talk" when establishing and enforcing safety rules. With this in mind, employers are encouraged to:

We would like to acknowledge the contribution of Alistair Talbert.