What does #MeToo mean to you? 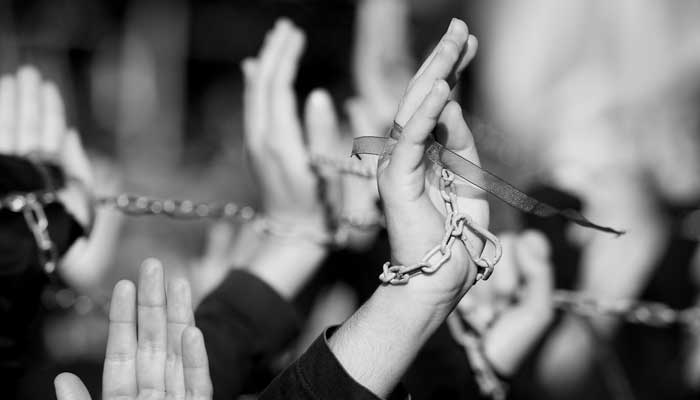 #MeToo is arguably one of the largest worldwide phenomena to emerge in the last decade. Given the force for change it now harnesses, what is perhaps most remarkable about the #MeToo movement is the fact that it has its origins in a “hashtag”—which it has long since transcended.

While #MeToo is synonymous with sexual abuse and harassment, it has widened its focus to tackle other instances of systemic inequality and power imbalances, which may be the case when practitioners are dealing with patients.

It goes without saying that the cultural shift brought about by #MeToo is a welcome one. Where victims of sexual abuse or harassment were once afraid to come forward, they are now willing to share their stories, emboldened by the sense of solidarity. Further, the increasing number of social justice issues now coming under the #MeToo “umbrella” is creating a means by which marginalised people can seek recourse, regardless of whether their experience was of a sexual nature or not.

From a regulatory perspective, #MeToo has affected the volume and type of complaints as well as the manner in which they are handled by the regulatory authorities. In the last 12 months, we have seen a marked increase in the number of complaints lodged with industry regulatory bodies concerning allegations of “boundary transgressions”.

The influence that #MeToo wields is twofold—it has created “strength in numbers” among victims of sexual harassment and assault, and with far-reaching impact of cases where there are power imbalances. It has also made it impossible for society and institutions to ignore any claims. In other words, an emphasis on proactively providing meaningful recourse to those affected replaces a meagre box-ticking policy update exercise. Businesses and industries worldwide must be seen to be exercising initiative and implementing cultural change.

In the last 12 months, the Australian Health Practitioner Regulation Agency (AHPRA) has reported an increase in complaints made against industry professionals concerning professional misconduct—this doesn’t come as a huge surprise, given the nature of the situation in which a “vulnerable” patient would meet with a health care professional and the fact that it is (by necessity) usually conducted behind closed doors. While steps may be taken on individual and organisational levels to mitigate the risk of such complaints being made, we don’t anticipate this trend to lose momentum anytime soon.

It goes without saying that any complaint involving allegations of an abuse of power need to be properly addressed and assessed on its merits—however, health care regulators such as AHPRA and the Medical Board of Australia (MBA) are now investigating all claims, despite some appearing to have little merit and many complaints lodged against healthcare professionals are progressing further than they would previously. In most cases, claims will still be handled without any adverse findings or disciplinary sanctions, but insurers can expect an increase in the number of claims being made by health care professionals under their policy, which will have a knock-on effect of increased legal costs.

It is expected and somewhat unavoidable for a power imbalance to exist between a professional and a patient. So what steps can the health care profession take to reduce its exposure to claims of sexual or other misconduct?

A chaperon solution brings a great deal of controversy and the Patterson Report—commissioned by AHPRA and the MBA in 2017—stated this approach was largely ineffective as practitioners could still conduct themselves inappropriately out of view of the chaperone, i.e. behind a curtain.

Another solution is to suspend any practitioner if they’re under review, however these situations are rarely black and white—among other reasons, from a public policy perspective, if AHPRA and/or the MBA suspends every practitioner against whom an allegation of misconduct is made (pending a final determination), this will likely act as a major deterrent for practitioners to join the industry in the future.

Perhaps the simplest solution is best—cover all bases. Before carrying out any procedure, practitioners should ensure their patients are fully informed about why the procedure is necessary and what it involves, as well as any other options that may be available, including whether an alternative practitioner (e.g. of a different gender) can step in. Most importantly, practitioners should ensure all interactions and recommendations are properly documented and kept on record, so that any lodged complaints that do not merit sanction can be dealt with fairly, quickly and with minimal expense.

We would like to acknowledge the contribution of Trent Newman.