They fall, you lose: The power of constructive knowledge

Summer advises clients on a range of claims involving liability, intentional torts, property damage, pure economic loss and statutory classes of insurance. She has appeared in the Local, District and Supreme Courts of NSW and is an experienced negotiator who values methods of alternative dispute resolution. 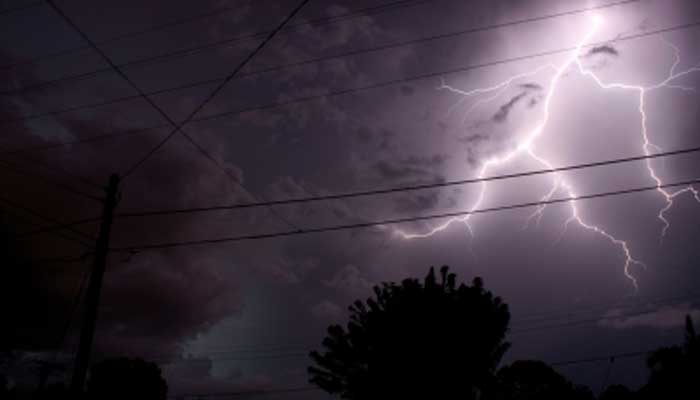 Last month the Court of Appeal handed down a decision in Schultz v McCormack [2015] NSWCA 330 reversing the District Court's judgment concerning liability. The Court of Appeal found against the homeowners of a property, who had a guest slip and fall on the tiled and wet external landing of their home. This is an important decision for homeowners, tenants and their insurers. The Court of Appeal has clearly indicated that constructive knowledge of a risk of injury within the home may be enough to warrant a finding of breach of duty against a homeowner. If flooring is found to be slippery and the homeowner didn't know this and there were no previous incidents, then it still may be found that they should have known that the floor was slippery and have taken reasonable precautions to prevent an accident.

This judgment could also have wider application to other risks within the home that homeowners should know about and have taken precautions against. We do not expect this judgment to extend to building defects that a homeowner would not be able to see or experience. However, if a homeowner uses a part of the home that could be defined as defective (e.g. broken lights or a broken lock on a door) and fails to take reasonable precautions in response to the apparent risks that follow, then that could present liability concerns for homeowners going forward.

Ms Schultz had regularly visited her friends, Mr and Mrs McCormack, at their home before the night that she was injured. On 5 February 2010, Ms Schultz was leaving the McCormack's home at about midnight and didn't know it had rained while she had been inside but noticed that the pathway at the front of the house and her nearby vehicle were a bit damp. She stepped  onto the illuminated front external tiled landing of the home and was about to walk down the external stairs when she slipped and fell onto her bottom.

At the time of the incident, the external landing and steps had become wet from rain and Mr McCormack gave evidence that when he walked out the door he knew it was "pretty likely the edge of the landing, near the steps, would be wet".

The McCormacks both gave evidence that they did not know the tiles were slippery when wet, and that there had been no other slip and fall incidents on the landing or step areas.

After the Plaintiff's accident, Mr McCormack painted a non-slip coating on the top of the porch and the steps as an inexpensive precaution against the possibility of similar incidents occurring. He said (and the primary judge accepted) that the application of the coating made no real difference to the slipperiness of the steps when wet.

In the first instance decision, His Honour Judge Levy found in favour of the McCormacks, finding that the risk of slipping was obvious and, also, that there was no breach of duty. If liability was found, His Honour determined that Ms Schultz's award ought to be reduced by 50% for her contributory negligence.

Justice Levy found the risk of harm was the risk of slipping on wet steps or wet tiles. He concluded that the identified risk was "obvious" and the McCormacks did not owe Ms Schultz a duty of care to warn of the risk. His Honour found Ms Schultz ought to have seen and known that the external roof did not protect the landing and the steps from windblown rain and that they would be wet and slippery. His Honour found Ms Schultz would have been able to see where she was walking, given the overhanging light on the verandah and that immediately before the incident she had seen the pathway and her vehicle were wet. He concluded that it was "plain that if [Ms Schultz] had looked ahead of her at the time she moved towards the steps, she would have recognised the obvious presence of rainwater on the steps" and "it would have been obvious to a reasonable person in the position of [Ms Schultz] that the wet state of the stairs posed a risk of slipping".

His Honour found there could be "no issue" that the risk was both foreseeable and not insignificant. The real issue was whether, in light of the obvious risk of slipping on a step that was wet, a reasonable person in the McCormacks position would have taken precautions against that risk. His Honour indicated that perhaps he did not consider the risk of slipping was foreseeable at all, referring to the evidence that there had been no prior incidents of slipping and consequently the McCormacks were unaware the tiles were slippery. As a result, His Honour found the McCormacks didn't know to take precautions such as resurfacing the landing, providing matting or a handrail to address the issue.

In the alternative, His Honour found a significant contributory cause of the incident was Ms Schultz's failure to look where she was about to place her foot. Had she paused before stepping, she would have seen the wet edge of the steps, realised the risk of slipping and then taken care for her own safety. If liability was established against the McCormacks (which it wasn't) he found Ms Schultz to be 50% contributory negligent.

The Court of Appeal found the primary judge should not have attributed, to a reasonable person in Ms Schultz's position, a perception that the verandah may be wet due to wind-blown rain. McColl, JA found this was a matter that would only have been apparent to a person in the McCormack's position, given they had lived at the premises. In McColl's view, His Honour erred in finding that it would have been obvious to a reasonable person in Ms Schultz's position that the wet state of the porch posed a risk of slipping.

The issue of credit was raised by the Court of Appeal. The primary judge considered Ms Schultz gave credible and reliable evidence in matters going to both liability and damages. As to the McCormacks the primary judge said:

I gain the impression that some of that evidence had been tailored to suit the case for the (McCormacks). At first Mr and Mrs McCormack said in their evidence in chief that they could not recall the conversation with (Ms Schultz) on the night in question to the effect that she should make a claim on their insurance in respect of the incident...in cross examination they went further and denied that such a conversation had occurred...I consider that those denials had been tailored to suit their case. I have therefore preferred the evidence of (Ms Schultz) and her husband on that issue.

In McColl JA's view, this aspect of the McCormacks evidence was capable of having a wider significance than that stated by the primary judge. In McColl JA's view, His Honour's failure to appreciate this, cast a cloud of doubt over his findings that the McCormacks were unaware that the tiles were slippery or that this was the first time anyone had slipped on the tiles. In McColl's view, if resolution of the case turns substantially on acceptance of the McCormacks's evidence, then that fact would weigh in favour of a new trial. Importantly, the Court of Appeal found that the resolution of this case did not turn on the acceptance of the McCormacks's evidence.

McColl JA found that even in accepting the McCormacks evidence that there had never been an accident on the steps or verandah before does not necessarily answer Ms Schultz's case that they ought to have known the tiles were dangerously slippery when wet.

In McColl's view, the evidence of Mr Adams, the expert who tested how slippery the tiles were, was important. Mr Adams' report said that the tiles were generally slippery when wet. McColl JA found this to be evidence from which a reasonable inference could be drawn that the McCormacks either knew, or ought to have known that fact.

"...the slip resistance values that (Mr Adams) obtained conducting wet pendulum tests...on the tiles, demonstrated that those tiles "would generally be experienced as slippery when wet." That in my view, was evidence from which a reasonable inference could be drawn that the (home owners) either knew or ought to have known that fact."

In McColl's view, the lighting enquiry was somewhat academic given Ms Schultz's evidence that she turned and stepped almost immediately, so there was no real opportunity for her to see the state of the porch before her fall. McFarlane, JA disagreed with McColl about the importance of the lighting. McFarlane said:

"...The absence of effective lighting at night increased (the risk of slipping on wet tiles). Mr Adams said that someone leaving the home at night would cast a shadow over the outer edge of the landing and as McColl JA pointed out, the primary judge gave no sufficed reason for rejecting that evidence."

Ms Schultz was successful in establishing breach of duty on appeal. Ms Schultz suffered an ankle fracture which had to be fused and which caused her ongoing pain and disability. The Court of Appeal awarded Ms Schultz damages at the jurisdictional limit of the District Court, being $750,000 plus costs and interest.