The importance of a proactive system of inspection for trip hazards 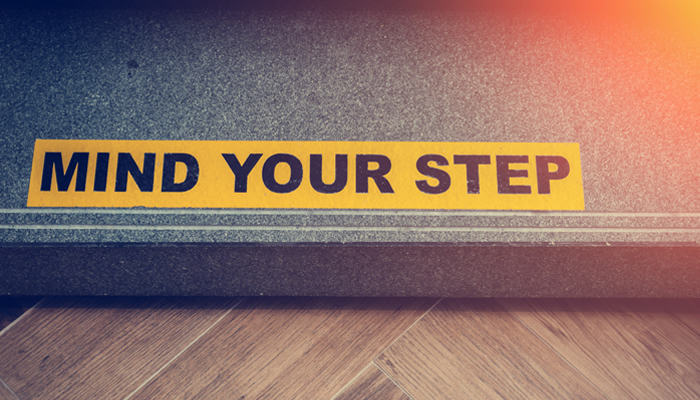 The Supreme Court of Victoria recently awarded an injured worker damages of $688,000 for pain and suffering and economic loss, for an injury where the employer knew of a trip hazard and took no steps to remove it.

The case of Kalos v Goodyear & Dunlop Tyres (Aust) Pty Ltd & Anor [2016] VSC 715 involved a customer service representative who tripped and fell on a metal plate protruding from the floor of a corridor at work. The injury to her right shoulder was considered serious on the grounds that the Plaintiff:

The issue before the Court was whether there was any negligence on the part of the employer, Goodyear & Dunlop Tyres Australia Pty Ltd.

The Plaintiff's case was based on three main arguments:

The Court's findings on negligence

The Court was also made aware that the plate was covered with tape in the days after the incident occurred and later removed. It accepted this as evidence that the protrusion was the cause of the Plaintiff's injury.

The Court held that the employer was negligent in failing to remove the plate when it knew of its existence. Also, the cost of removal was quite low and could have easily been attended to by the employer.

The Court ultimately awarded damages in the sum of $688,000, consisting of:

When considering whether an adverse finding in negligence may be made in trip and slip incidents, a self–insurer should establish early on whether it has taken all reasonable steps to eliminate the risks or hazards in the workplace, especially if those risks were previously brought to its attention. Importantly, early document identification and witness interviewing would assist the self-insurer to make an early assessment of the potential risks of running a trial to hearing.

An employer should also have a proactive system of inspection and maintenance in place to avoid incidents occurring in the first place.

The sum awarded for pain and suffering is also informative, providing a comparable verdict for operated shoulders.

We would like to acknowledge the contribution of Ilona Strong and Maya Menabde.