The happy coincidence: why your lawyer is (sometimes) immune from suit

Malcolm has particular experience in class actions, supplemented by specialist expertise in insurance, including providing coverage advice to insurers as well as acting to defend their insureds. He has an outstanding track record of achieving positive outcomes for clients by resolving their disputes in a timely and cost-effective fashion without litigation where possible, and by litigating to successful conclusions where necessary. His clients expect and receive proactive and early advice which focuses on setting a clear resolution strategy. His ability to get to the heart of a matter—regardless of complexity—quickly and efficiently, is one of his key strengths. 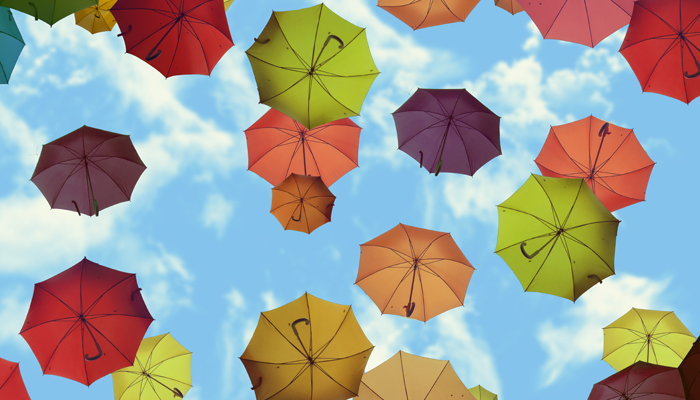 The rule of law

Certainty and finality of judicial decisions are values at the heart of the rule of law. They are not to be undermined by subsequent collateral attacks. If a decision is thought to be wrong, the aggrieved party should exercise any right of appeal.

Readers of Insurance Matters will instantly recognise the preceding paragraph as stating some fairly fundamental legal principles—that, as we will see, the common law is at pains to protect.

Most litigation involves some form of alternative universe.

Plaintiffs routinely allege that if some wrong had not happened, a different reality would have existed, which would have been better for them.

If a plaintiff can prove that they would have been better off without the defendant's negligence, the law strives to provide a remedy in the form of compensation.

Courts look closely at the alternative universe postulated by each plaintiff. They decide whether events would have taken the course suggested if the negligence had not occurred. Judges routinely evaluate whether one hypothesis about what would have happened is more or less probable than another hypothesis.

In doing so, the courts examine the behaviour of the litigants and others around them, before and after the (alleged) wrong, to decide what would have happened if the wrong didn't. Making those decisions involves analysing the parties' motivations, the commercial pressures they were under, their relationships and all of the surrounding real world considerations that inform what the alternative universe might have looked like.

So lawyers and litigants are accustomed to "what-ifs", and arguing over whose "what-if" is the more likely.

The clash between the rule of law and alternative realities

The fundamental legal principles with which we started this article, mean that some "what-ifs" are not allowed.

The reason they are not allowed is usually tied up with the way alternative reality hypotheses are tested in litigation.

The way they are tested is familiar to readers: evidence is led about what did happen and expert evidence is given about the impact of one or other variable on the outcome for the plaintiff. That evidence is tested, including by competing evidence and cross-examination.

The outcome that actually occurred is treated by the plaintiff as something that should have not happened.

In a happy coincidence for the legal profession, in a claim against a lawyer one "what-if" that is not allowed is this: what would the judge have done differently if the case had been presented without negligence?

A plaintiff cannot allege that if her or his lawyer had not been negligent in the way he or she ran an earlier case, the judge would have decided the case more favourably to the plaintiff.

That happy coincidence is known as advocate's immunity.

But this year, for the third time in as many decades, the High Court has upheld the immunity and explained its scope. The immunity only applies where there is a functional connection between the advocate's work and the judge's decision in a case.

The immunity is only invoked where the work of the advocate "has contributed to the judicial determination of the litigation" (Attwells at [5] and [6]).

The High Court's decision in Attwells represents a middle ground. A number of decisions over the last decade or so in Australian courts, such as Nikolaidis v Satouris [2014] NSWCA 448, Young v Hones [2014] NSWCA 337 and Goddard Elliott (A Firm) v Fritsch [2012] VSC 87, applied the "intimate connection" test quite broadly, including to advice that led to settlement. But in New Zealand (Lai v Chamberlains [2007] 2 NZLR 7) and the United Kingdom (Arthur J S Hall & Co v Simons [2002] 1 AC 615), the immunity has ceased to be part of the common law.

So advocate's immunity remains firmly part of the Australian common law— but in a narrower way than may have previously appeared.

Until Attwells, the High Court had not considered advocate's immunity in the context of a negligence suit arising from an earlier case that had settled.

The decision in Attwells resolves any tension in the authorities—advice leading to a settlement is generally not protected by the immunity.

Why the immunity does not apply to settlement advice

The High Court has explained that, although advice concerning settlement is "connected" to the case in the sense that the advice will, if accepted, affect whether or not the case continues—that is to "speak of a merely historical connection between events" (Attwells at [49])—that is not enough to amount to an intimate, or functional, connection required to attract the immunity. The nature of the connection between the work of the advocate and the judicial determination is critical.

So if the alternative universe postulated by the plaintiff (in suing her or his lawyer) requires the plaintiff to prove that a judge's decision would have been different if the lawyer had presented the case differently, then the advocate is immune.

Settlement means that the case does not get presented for decision by the judge at all, so immunity is not necessary in a case involving settlement advice—even one involving consent orders.

The rule of law—take two

The immunity is there to preserve certainty and finality of judicial decisions, and to make them safer from collateral attack.

The fact that lawyers have a degree of privilege in terms of their accountability for the performance of their professional obligations has been described by the High Court as an "incidental consequence" of advocate's immunity from suit (Attwells at [52]). It's a happy coincidence.

Sparke Helmore Lawyers acted for the Respondent in this High Court decision.