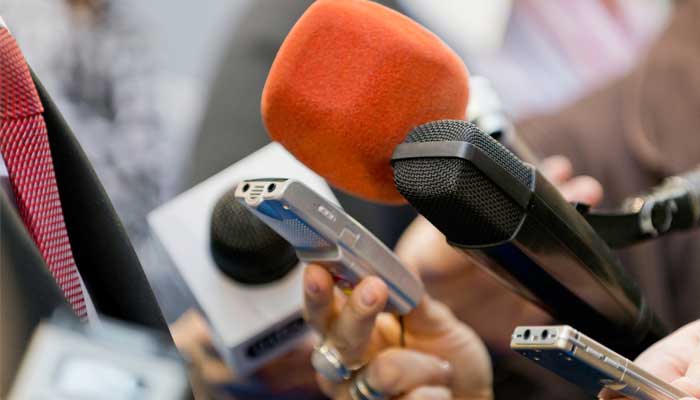 The common law privilege against self-incrimination is a well-established legal principle, long recognised by Australian courts as an essential protection.

To invoke the privilege, a person must have a "real and appreciable danger of conviction (or penalty)".[1]

Unless excluded by statute, it acts to safeguard individuals from answering questions that may incriminate the entity they own or work for and/or themselves as well as from producing incriminating evidence.[2]

The underlying reason for this privilege is that it is morally unjust to compel a person to expose themselves to punishment or to forfeit a right. The privilege also helps to uphold the presumption that a person is innocent until proven guilty.

The most common applications of the principle are to avoid criminal or civil penalties. However, its application can become murky in the realm of workplace investigations or disciplinary proceedings, in which the individual is unlikely to be immediately subject to conviction or penalty.

In the decision of Grant v BHP Coal Pty Ltd [2017] FCAFC 42 (Grant), the Full Bench of the Federal Court of Australia recently indicated some relevant factors to determine whether a claim of privilege has merit in the context of a workplace disciplinary process.

What were the circumstances?

The appellant, Mr Grant, started his employment with BHP, the respondent, as a boilermaker at a mine in central Queensland in 2003. In 2011, while working at the mine, Mr Grant injured his shoulder for the first time and subsequently reinjured it in 2012 when he was mowing the lawn at his home. As a result, the appellant required stabilisation surgery.

Mr Grant was on extended sick leave from July to September 2012, during which time he did not communicate frequently with his employer other than to provide a series of medical certificates. In April 2013, he produced a medical certificate stating he was fit to recommence work, however his supervisor required a medical assessment before allowing him to return to his duties.

Despite being advised that failing to attend the assessment could have consequences for his employment, Mr Grant refused to attend and so he was barred from entering the worksite. He did attend a directed workplace meeting to investigate why he would not undertake a medical assessment, but refused to answer any questions that weren't first provided to him in writing.

Importantly, Mr Grant did not specify at the time that his refusal was on the basis of a claim of privilege. Subsequently, Mr Grant was given a show-cause notice to which he responded before his employment was terminated in May 2013.

The matter has a lengthy litigation history. Mr Grant first applied to the Fair Work Commission (FWC) for unfair dismissal remedies under s394(1) of the Fair Work Act 2009 (Cth), with the FWC determining that Mr Grant's dismissal by BHP was not "harsh, unjust or unreasonable".

Mr Grant appealed to the Full Bench of the FWC, which upheld the decision at first instance. In this first appeal, Mr Grant raised the argument that he was not obliged to obey an instruction to answer questions at the meeting he attended because he was exercising his privilege against self-incrimination. The Full Bench rejected this submission.

An originating application to the Federal Court was made seeking writs of certiorari and mandamus.[3] Justice Collier declined the appeal orders and confirmed that the privilege against self-incrimination did not apply to the meeting. Her Honour said Mr Grant was unreasonably delaying the meeting by refusing to answer questions.

Mr Grant then appealed to the Full Bench of the Federal Court of Australia. Among other things, Mr Grant again submitted that he could not be dismissed for relying on his privilege against self-incrimination at the meeting. BHP countered that there is no privilege in the context of the workplace, as there was no real and appreciable safety risk likely to be revealed in Mr Grant's answers. Critically, Mr Grant also failed to inform BHP before refusing the meeting that he was relying on the privilege.

Mr Grant's appeal to the Full Court was dismissed. However, the Full Bench did not conclusively rule on the issue of self-incrimination due to a "vacuum of facts".[4] Importantly, the decision provides salient commentary on two key points—the legal context of a workplace investigation or disciplinary proceeding, and the necessary circumstances for the privilege to apply.

Importance of the legal context

The legal context in which the employer is conducting the investigation or disciplinary proceeding is important as it may prevent the privilege from applying. For this reason, the specific statutory scheme in which the industry operates, the relevant enterprise bargaining agreement, award and the terms of the employment contract should be considered.

In Grant, the safety obligations imposed on the Queensland mining industry to protect the health and safety of workers were critical.[5] Mr Grant argued that by answering questions at the meeting he would have been exposed to admitting a criminal offence, namely his failure to comply with instructions given by the mine's senior executive for the safety and health of persons,[6] a potential offence under s34 of the Coal Mining Safety and Health Act 2011 (Qld).[7]

The employer argued that it had the power to direct Mr Grant to attend and explain his conduct to discharge the employer's safety obligations, and also because Mr Grant's employment contract contained the same obligation.

The court was seemingly not convinced by Mr Grant's argument, commenting that the purpose of investigative workplace meetings is usually to provide the individual with an opportunity to justify their conduct, rather than to admit or deny facts that could lead to an offence being established.[8]

Mr Grant cited the decision of Hartmann v Commissioner of Police (1997) 91 A Crim R 141 (Hartmann) to the court to support his claim of privilege, where it was found that a claim of privilege could protect an employee from the "penalty" of termination. The Full Court noted the importance of the legal context of Hartmann, distinguishing it from this case on the basis that Hartmann concerned evidence given in a royal commission and a series of penalties under a specific statutory police disciplinary regime.[9]

Because of other findings, the Full Court was not required to definitively decide on how the legal context affected Mr Grant's claim of privilege. Nevertheless, the legal context could significantly impact whether or not privilege applies in future decisions.

Privilege may not be validly claimed when the so-called privileged information has already been provided and there is accordingly no increase in jeopardy.[10] It should also be noted that a claimant must identify and disclose that they are invoking the privilege at the time the issue arises.[11]

Whether the individual is claiming privilege against self-incrimination in an employment context or not, there must still be a real and appreciable risk of incrimination as well as a bona-fide apprehension of that consequence on reasonable grounds.[12]

Withholding and disclosing information inconsistently perhaps reflected unfavourably on Mr Grant's case – he voluntarily provided his excuse for non-attendance to the FWC without the alleged fear of self-incrimination he felt at the meeting.

Where does self-incrimination stand in the workplace?

This decision leaves the door somewhat open for the right to privilege from self-incrimination to be invoked in an employment context.[13] The court rejected BHP's assertion that privilege was not applicable in the sphere of employment, saying "that proposition is too wide".[14] Indeed, the judges referred to instances in which privilege had been relied upon, including by a police officer in an employment investigation.[15]

This case highlights that circumstances may give rise to a successful workplace claim of privilege. For example, privilege could be enlivened when employees refuse to answer employers' questions concerning their external behaviour that could lead to, or has already led to, charges being laid against them. This will not prevent an employer from conducting an internal investigation that may adversely impact the worker's employment, though it may protect an employee adding to the evidence against them on an external charge.[16]

Although Grant is not authority on the issue, the decision strongly indicates that the legal context in which the investigation or disciplinary proceeding is taking place is crucial to determining if and how privilege may apply (if at all). It also indicates the circumstances required for invoking privilege.

Generally, it would be difficult for an employee to validly invoke privilege but, as always, careful management of disciplinary investigations and processes, together with legal advice, will mitigate risk.

This article was originally published in the June 2017 issue of Proctor and is republished here with their kind permission. Click here to read the article.

[13]     Some public sector employment statutes will specifically override the privilege.

We would like to acknowledge the contribution of Andrew Ross and Edwina Sully.