Paul leads the Commercial & Projects Group. He is a construction and major projects lawyer with more than 25 years’ experience and advises on complex engineering, energy, mining, minerals processing and transport projects. Paul’s expertise spans contracting and procurement, as well as dispute resolution. 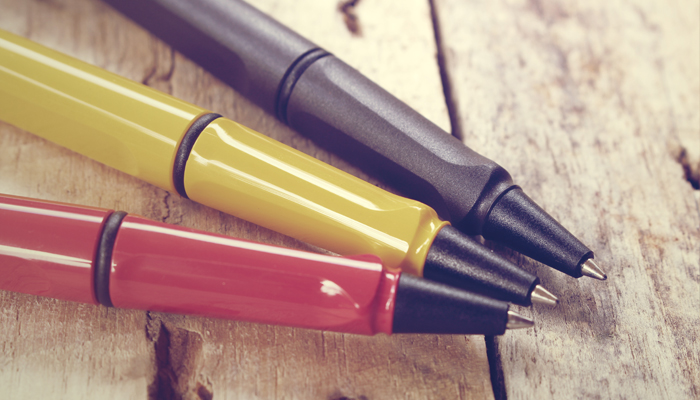 In commercial agreements, phrases such as "reasonable endeavours" and "best endeavours" are commonly used to qualify what would otherwise be absolute obligations, for example, obtaining finance, registering documents, obtaining warranties from third parties and negotiating the resolution of disputes.

Why include obligations of this nature?

These types of obligations may be included for a variety of reasons, including because:

Are these types of obligations enforceable?

Enforceability depends on the particular contractual provision and the context. Coal Cliff Collieries v Sijehama Pty Ltd (1991) 24 NSWLR 1 established that the obligation must be "clear and part of an undoubted agreement between the parties". It must not be illusory, vague or uncertain. If the court is unable to "fill in the remaining blank spaces" to determine how performance of the promise should be measured, whether by reference to a readily ascertainable external standard or the language of the provision itself, the provision will be unenforceable.

In Baldwin v Icon Energy Pty Ltd [2016] 1 Qd R 397 it was held that provisions in a memorandum of understanding requiring the parties to use reasonable endeavours to negotiate an agreement by a particular date and to "work in good faith, to progress the...[agreement] in the manner contemplated" were unenforceable. The promise did not have sufficiently certain content as there was no existing contractual relationship between the parties and nothing to measure a standard of reasonableness or good faith against. The court noted that a standard of reasonableness was inapt and uncertain in contractual negotiation (a self-interested commercial activity in which parties adopt adversarial positions).

The basic principles of contractual interpretation apply. These were recently outlined in Mount Bruce Mining Pty Ltd v Wright Prospecting Pty Ltd (2015) 256 CLR 104, where the High Court observed that the rights and liabilities under a contractual provision are to be determined objectively by reference to its text (language used), context (entire text of the contract and any documents or statutory provisions referred to in it) and objects or purpose. This requires asking what a reasonable businessperson would have understood the terms to mean.

Is there a difference between reasonable endeavours and best endeavours?

In Stepping Stones Child Care Centre (Act) Pty Ltd v Early Learning Services Ltd (2013) 95 ACSR 179, it was suggested that an obligation to use "reasonable endeavours" is not as onerous as an obligation to use "best endeavours or "all reasonable endeavours". However, argument before the High Court in Electricity Generation Corporation v Woodside Energy Ltd (2014) 251 CLR 640 proceeded on the basis that these terms impose substantially similar obligations. This was also the view expressed in the recent decision in Ugrinovski v Naumovski and Ors [2016] VSC 555.

Subject to any standard of reasonableness included in the agreement, the promisor must do all that can reasonably be done in the circumstances to achieve the contractual object: Hospital Products Ltd v United States Surgical Corp (1984) 156 CLR 41. To ascertain what can reasonably be done, it is necessary to have regard to the nature, capacity, qualifications and responsibilities of the promisor viewed in the light of the particular contract: Transfield Pty Ltd v Arlo International Ltd (1980) 30 ALR 201.

The interests of the promisee are not always paramount. A promisor may take into account circumstances that affect its business: Hospital Products Ltd v United States Surgical Corp (1984) 156 CLR 41. It may also have regard to its own financial position, provided this does not amount to bad faith or constitute a breach of an express term of the agreement: Optus Vision Pty Ltd v Australian Rugby Football League Ltd [2003] NSWSC 288.

In Electricity Generation Corporation v Woodside Energy Ltd [2014] HCA 7 it was held that a gas supply agreement, which required the suppliers to use reasonable endeavours to make available additional gas beyond a stipulated daily quantity, did not require the suppliers to supply additional gas at the contract price when its own business interests favoured the supply of that gas at the higher market price. The agreement contained  a provision stating the suppliers could take into account "all relevant commercial, economic and operational matters" in determining whether they were "able to supply" additional quantities of gas. Fundamental to the decision was the High Court's finding that this constituted an internal standard of reasonableness, which applied to the reasonable endeavours obligation.

In Hawkins v Pender Bros Pty Ltd [1990] 1 Qd R 135, the court upheld a trial judge's finding that an obligation to use reasonable endeavours, with no timeframe or sunset date, continued until the promisor "should reasonably judge in the circumstances that further efforts would have such remote prospects of success that they are simply likely to be wasted". This reasoning was adopted in Centennial Coal Company Ltd v Xstrata Coal Pty Ltd [2009] NSWSC 788 where the trial judge held that an obligation to use reasonable endeavours continued (despite there being no more reasonable endeavours to take at a particular time) because it may become reasonably practicable in the future to achieve the objective to which the endeavours were directed. This was upheld on appeal.

It is best to limit the use of endeavour type obligations in agreements to situations where it is not possible or appropriate for a party to commit to an absolute obligation. Where such obligations are to be included, you should consider including parameters that can be objectively assessed, such as:

You should also consider including a provision that defines the rights that accrue to a party if the contractual object is not achieved.

Consistent language should be used—don't require a party to use "reasonable endeavours" for one obligation and "best commercial efforts" for another, unless you intend for there to be different standards of performance.

We would like to acknowledge the contribution of Rachel Watts.