They didn't quite come away with the win, but Sparke Helmore Lawyers' touch footy team played seven incredible games at the Touch of Colour charity day last week, taking out second place in a hard fought, one-nil Grand Final to charity hosts KidsXpress.

Group stages saw the team take on HDI, Elantis/Pen, Allianz and Vero from the pool of leading insurance companies and brokers involved in the charity event. After finishing top of the group and progressing to the knock-out rounds without a loss, the highly anticipated semifinal match with Dual had onlookers at the edge of their seats when a try on the full time whistle secured Sparke Helmore's spot in the last match of the day.

"We narrowly missed the top title again but who better to come second to than the charity hosts? Well done KidsXpress—we're pleased to have been a part of helping you raise $135,000 for your fantastic cause," said National Commercial Insurance Group Leader, Chris Wood.

KidsXpress runs a world-first therapy program for children aged between four and 14 years impacted by trauma or challenge. The program uses music, art, play and drama to help kids find a healthy and safe way to cope with life, now and into their future. Sparke Helmore was the sole law firm sponsor of the event. 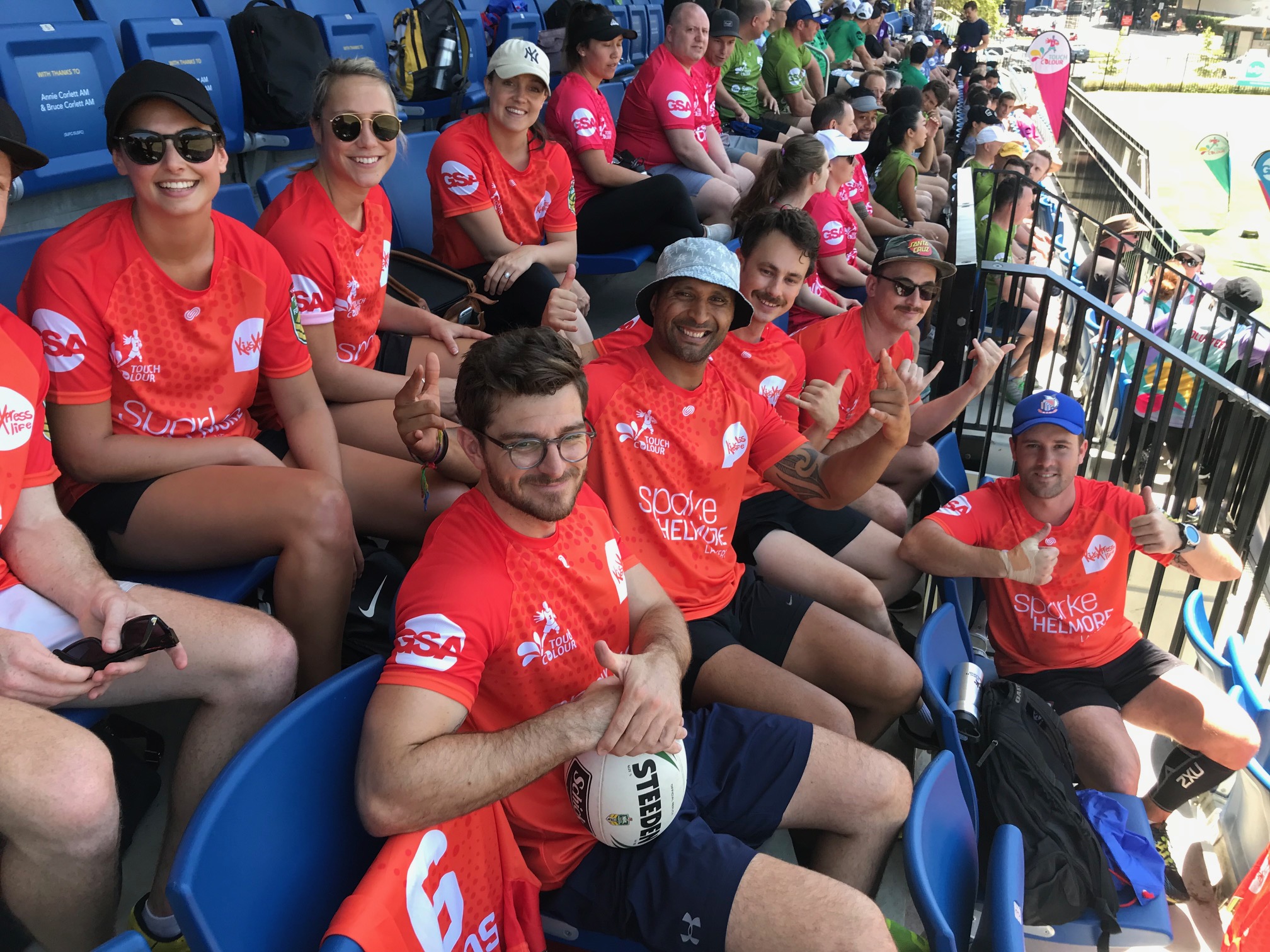 Above: Sparke Helmore's team ready to take the field.