The charity provides a world-first therapy program for children aged between four and 14 impacted by trauma or challenge. Through the therapeutic use of music, art, play and drama, KidsXpress supports children in need to find safe and healthy ways to cope with life. Touch of Colour is widely supported by the insurance industry and in 2015 it raised over $100,000, which supported 40 children to go through the program.

The tournament involved seven-a-side corporate teams, who competed in a round-robin style tournament—with the help of ex-NRL players—in a series of quick 12-minute games. A total of 40 games were played in the preliminary rounds, with the top two teams from each pool advancing to the finals.

National Commercial Insurance Group Leader Chris Wood took part on the day and had this to say: "Thank you to insurance broker GSA for running an immensely enjoyable day. It's a great way to raise money for such a wonderful cause and while we went in with expectations of being bundled out in the preliminary rounds, Team Sparkes was delighted to take second place in the tournament."

To help KidsXpress reach their $130,000 fundraising target, donations can be made here. 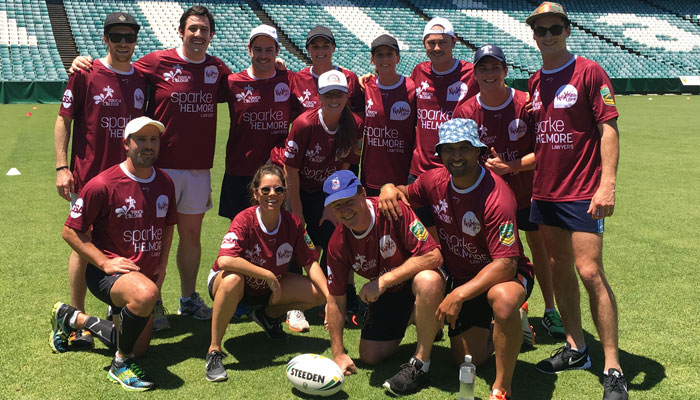 20-05-2022 | A big win for Sparke Helmore's insurance team at the Australasian Law Awards!