Holly, who joined the firm in 2010 and became a partner in 2016, works with large Commonwealth Government agencies and private clients on major projects from inception and planning to implementation. She has a unique and specialised skill set, unrivalled depth of knowledge as well as a collaborative and supportive nature that is widely acknowledged by her clients, peers and team.

"To have been shortlisted among such a high calibre group of Government Partners was a wonderful surprise, but to win the award has been very humbling. Congratulations to all of the partners who were shortlisted across all of the categories and especially to all of the winners on the night," said Holly.

Sparke Helmore National Managing Partner Phillip Salem said: "Holly is an incredibly pragmatic lawyer who goes above and beyond for her clients and is highly regarded by her colleagues. I am thrilled that Holly's hard work and dedication has been recognised with this accolade."

Holly was one of four female finalists from Sparke Helmore at the Awards this year. The firm also recognises and celebrates the tremendous efforts of Gillian Davidson—Insurance, Shannon Platt­—IP and Penny Stevens—Workplace. 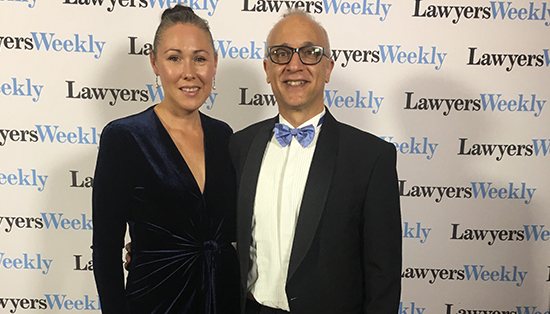