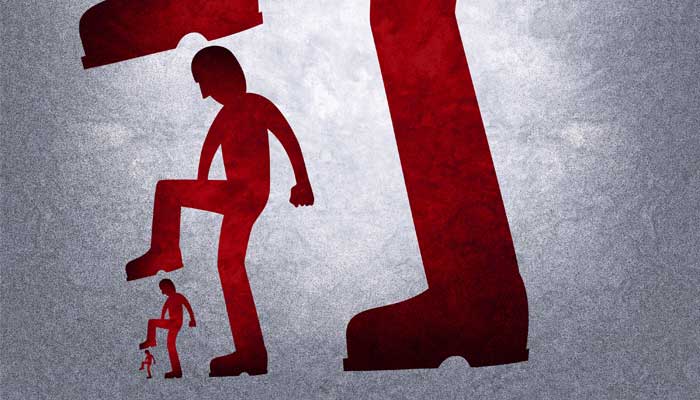 As the High Court prepares to examine whether employers need to protect employees from psychological damage caused by investigations into workplace assault, it is timely to examine our employment Commissions' views on when aggressive workplace behaviour justifies dismissal.

Recent case law suggests being involved in a workplace physical or verbal altercation doesn't automatically validate termination. Employers are put to a high standard when investigating and managing aggression in the workplace—so what do the Commissions require employers to do?

In Phillip Coffey v QBar Darwin Pty Ltd [2017] FWC 4312, an employer stopped giving shifts to a casual café supervisor after he was overheard saying his manager "can be a racist b****". In August, the Fair Work Commission (FWC) found that this amounted to unfair dismissal.

In response to a complaint about the comment, the employer attempted to resolve the conflict between the manager and supervisor. But, the supervisor refused to participate and told the employer he had spoken to ex-employees and regular customers about the perceived cultural exclusion.

In deciding the claim, Commissioner Bissett found the supervisor's actions were inappropriate and unprofessional, and warranted reproach and warning, but not dismissal.

In NSW, the Industrial Relations Commission reinstated a ranger who was dismissed following a physical altercation with a member of the public.

During the ranger's employment, the Council received complaints from the public about him. The Council investigated and provided the ranger with warnings and additional training on managing conflict through negotiation, de-escalating aggressive behaviours, conflict resolution strategies and dealing professionally with aggressive behaviour. Despite this, the ranger was involved in a physical altercation involving two assaults while processing abandoned, unregistered vehicles. After investigating the altercation, the Council terminated the ranger for failing to use de-escalation responses and act in accordance with Council procedures.

Commissioner Murphy found the dismissal was:

In Hughes v Momentum Wealth Pty Ltd [2016] FWC 9072, an employee was terminated when he pushed and stood over a hotel patron at a work social club function. In upholding the dismissal, Commissioner Williams:

In Paul Braughton v Coca-Cola Amatil Limited T/A Coca-Cola Amatil [2017] FWC 2680,  the FWC found an employee was validly dismissed after threatening a colleague by stating "let's go to the carpark and sort this out", combined with his behaviour five days earlier when he suggested the same colleague should "bend over a bit more for the company". The employee was notified of both allegations of misconduct in a single show cause letter.

In upholding the decision to dismiss, Commissioner Simpson gave weight to a 2013 warning for arguing with another staff member and anger management counselling provided to the employee by the employer. Accordingly Commissioner Simpson was satisfied there was a valid reason to dismiss because "of the conduct being a repetition of similar earlier conduct despite the existence of an earlier warning and training paid for and provided by" the employer.

When considering appropriate disciplinary action following findings of unacceptable workplace behaviour, employers should consider whether or not:

The Commission will consider these factors in determining whether dismissal is a proportionate penalty or whether a warning was more appropriate in the seriousness of the circumstances.

I eagerly await a further update once the High Court hands down its decision and expect this to shed further light for employers on how to best protect their company during any such investigation.