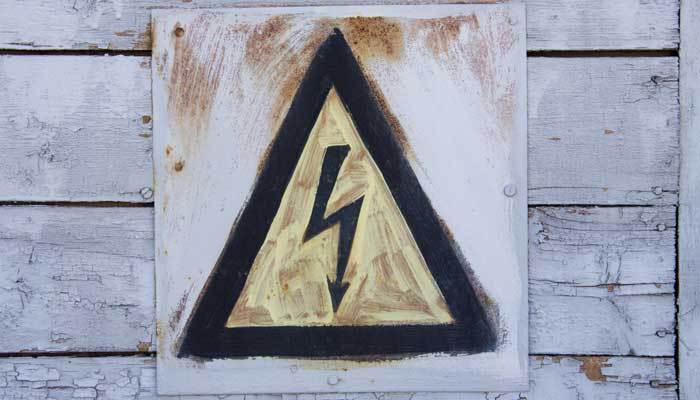 On 12 October 2017, the Queensland Government passed the Work Health and Safety and Other Legislation Amendment Act 2017 (Qld) (the Act). Its introduction to parliament was preceded by mounting public pressure to crack down on the regulation of workplace health and safety (WHS) across the state, following two fatal incidents at Dreamworld and Eagle Farm in 2016[1].

The Act introduces a number of significant provisions set to reshape WHS laws, most notably an "industrial manslaughter" offence—arguably the biggest change since harmonisation. The offence, which was originally to come into effect from 1 July 2018, came into force on 23 October 2017 when the Act was assented to.

A person conducting a business or undertaking (PCBU), or a senior officer may be found guilty of industrial manslaughter where a worker dies, or is injured in the course of carrying out work and later dies, and:

The maximum penalty for an individual found to have committed the offence will be 20 years' imprisonment and body corporates could be fined up to $10 million.

Operation of the offence

The omission of descriptors such as "gross" or "reckless" with respect to the phrasing of "negligence" is notable, and may leave room for debate as to what threshold is required to establish negligence under the industrial manslaughter offence.

That said, the common law criminal standard of proof of "beyond a reasonable doubt", rather than the civil benchmark of "on the balance of probabilities", will apply to the offence.

The causative element triggering contravention of the offence is that a PCBU or senior officer "substantially contributes" to the worker's death. From a criminal perspective it has been held that "there may be more than one cause of death and that criminal liability may attach to an actor even though the act was not the sole or even the "main" or "most substantial cause of death". However, it is clear that criminal liability will not attach unless the act was a "significant" or "substantial" cause of death[2]. From this reasoning, "substantially contributes" may not necessarily be taken to mean that the conduct had to be a dominant or primary reason causing the fatality. Before its passing, the Act was also amended to clarify that s 23 of the Criminal Code 1899 (Qld) will not apply, essentially removing the accident defence.

Finally, the offence is expanded to encompass an injury later resulting in death. Given there is no statute of limitations for the offence, it is possible that a PCBU or senior officer may be charged under the offence where a worker dies many years after they sustained an injury in the workplace.

Other changes under the Act

Although the industrial manslaughter offence will likely be the most significant reform under the legislation, the Act introduces some other significant changes that will affect the current WHS framework.

Transfer of jurisdiction for reviewable decisions

The jurisdiction for reviewable decisions[3] will be transferred from the Queensland Civil and Administrative Tribunal (QCAT) to the Queensland Industrial Relations Commission (QIRC). The Report recommended the QIRC's jurisdiction be significantly expanded, to reflect its place as a specialised forum for workplace disputes within the state.

Under the Act, the QIRC is empowered to hear disputes about matters such as the provision of information to a health and safety representative (HSR), requests by HSRs for assistance, a WHS grievance resolution process or a cease work issue.

The Act introduces various amendments to the functions and powers of HSRs. Among these changes are reintroducing the requirement for a PCBU to compile a list of HSRs and deputy HSRs to be provided to the regulator, and imposing mandatory uptake and refresher training for HSRs to continually improve WHS education levels in line with best practice.

The Act also requires PCBUs to provide a copy of "Provisional Improvement Notices" issued by HSRs to the Regulator.

The Act precludes the regulator from accepting enforceable undertakings for contraventions of the Act that result in a fatality.

The Report found that duty holders currently experience uncertainty about whether codes of practice need to be followed to demonstrate compliance with their WHS obligations.

The Act restores the status of codes of practice (as it was under the former Workplace Health and Safety Act 1995 regime) to simplify how WHS obligations can be met and what standards duty holders will be assessed against. This means codes will be mandatory unless a duty holder can demonstrate it has adopted equal or better safety measures than those under the respective code.

Following another recommendation from the Report, the Act establishes a new independent statutory office to lead WHS prosecutions for the state – the Office of the Work Health and Safety Prosecutor. It will now handle all prosecutions under the Act, except for category one (the most serious offence under the previous WHS Act) and industrial manslaughter offences, which will be referred to the Department of Public Prosecutions. It is anticipated that moving the prosecutorial arm from the existing regulator into a new independent body will increase the consistency of prosecutions.

The Act also states that a PCBU may appoint a WHSO. The functions of a WHSO include identifying hazards and risks, investigating safety incidents, ensuring their workplace adheres to its obligations under the WHS Act, and maintaining appropriate WHS standards by establishing education and training programs.

It is important to note that the Act states that the appointment of a WHSO can be used as an admissible evidentiary aid to show that a duty or obligation under the Act has been complied with. Practically speaking, this will mean workplaces that choose not to appoint a WHSO may find themselves at risk of an allegation that they have not done everything they can to meet their WHS responsibilities.

Workplaces should brace themselves for the regulator's increased appetite to prosecute under the Act. Employers should immediately train and educate human resources, safety and managerial staff on the new obligations, and amend their systems, practices and policies to reflect the new requirements.

This article was originally published in the December 2017 issue of Proctor and is republished here with their kind permission. Click here to read the article.

[1] The Government-commissioned report, "A Best Practice Review of Workplace Health and Safety Queensland" (the Report), conducted by independent reviewer Tim Lyons, made 58 recommendations to improve WHS across the state – many of these recommendations were addressed in the drafting of the legislation.