Emma is an experienced workplace lawyer who advises on employment and work health and safety (WHS) issues for clients in diverse sectors, including mining, transport, financial services, insurance, health care and government. 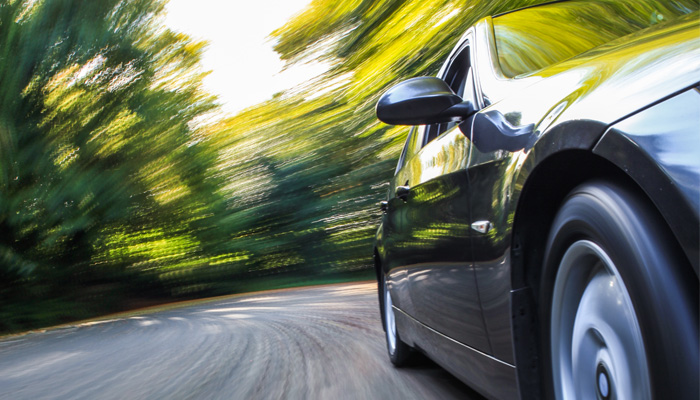 Times are fast changing. The advancement of the gig economy—independent freelance work, often app-based, as opposed to traditional employment arrangements—continues to create new modes for us to engage, obtain or provide goods and services. For some, this represents a new age of innovation and flexibility. For others, the change is destabilising, redefining the nature of work and worker's rights.

The new economy's introduction has raised questions around the legal obligations and rights of businesses and freelance workers, with courts overseas now being presented with opportunities to review this unique relationship and define its legal boundaries. We take a look at the legal issues in the context of Uber's failed appeal to the Employment Appeal Tribunal (the Tribunal) in the United Kingdom (UK) earlier this month, to overturn an earlier ruling deeming Uber drivers as workers under employment law. The decision puts the gig economy on notice that legal implications of this business model need to be carefully assessed.

Uber in the UK

In 2016, app-based transport service Uber lost a claim brought by two former drivers who argued they should be classified as workers and afforded the rights and protections under an employer-worker relationship, such as a minimum wage, breaks and paid leave.

Uber sought to classify the drivers as "self-employed", emphasising the personal flexibility associated with their work. However, the drivers cited Uber's control over their working conditions as a critical factor in characterising their relationship with Uber as an employer-worker relationship.

In November 2017 the Tribunal ruled in the workers' favour, rejecting Uber's appeal and finding that its drivers should be classified as workers. Uber has indicated they will appeal again, which may ultimately go to the Supreme Court.

The Uber case is symptomatic of the tension between the gig economy, traditional employment and the framework of rights and regulations that exist in many jurisdictions.

In Australia and overseas, app-based company workers are engaged as self-employed contractors, as opposed to employees, and unions and workers are challenging this approach.

Along with Uber, other businesses such as CitySprint (a courier service) and Pimlico Plumbers have lost cases involving the status of their workers, with UK tribunals finding they improperly classified workers as self-employed or independent contractors.

Food delivery companies in the United States (US) are also experiencing similar battles. In April 2017, one company settled a class action where it was alleged it improperly classified delivery workers as independent contractors.

In Australia, the difference between an employee and an independent contractor is based on a number of factors, primarily the totality of the relationship. This has a number of implications for who bears responsibility under various regulatory frameworks such as taxation, insurance and superannuation.

In many instances, businesses prefer to engage workers as contractors because it negates their responsibilities and liabilities around taxation, superannuation and insurance, instead being responsibilities for the worker to manage. However, Courts will nevertheless look beyond the written contract and assess the real nature of the relationship and work practices to determine the responsibilities of an employer under the law. Relevant factors include the worker's:

Laws in the UK, US and Australia are not identical but there are common themes across employment and gig economy cases. Cases abroad have focused on affording workers improperly classified as contractors certain employment conditions such as paid leave and insurance. Australian law contains additional protections.

The Fair Work Act 2009 (Cth) "sham contractor" provisions protect workers from situations where an employer may attempt to disguise an employment relationship as an independent contractor arrangement. There are also protections against an employee being dismissed for the purposes of being rehired as an independent contractor. Contravention of these provisions may result in significant pecuniary penalties for corporations and individuals.

Local businesses should be careful in asserting this stance. In the Uber case, the Tribunal was highly critical of this approach, accusing Uber of resorting to "documented fictions", "twisted language" and "new terminology".

In reality, technological platforms (or the organisations behind the platforms) often exercise control over workers and the work they perform. Successful gig economy businesses are powerful brands and, in an effort to protect their brands and encourage growth, implement terms, conditions and controls. This translates to exercising a degree of control over the work performed and those that provide it. The capacity to control work and workers are characteristics of employment relationships.

Workers and unions are clearly concerned about the impact of the gig economy and scrutiny of the industry. In September 2016, Unions NSW produced a case study into the practices of Airtasker entitled Innovation or Exploitation - Busting the Airtasker Myth, raising concerns about the independent contractor model used and the impact on workers.

Rather than wait for law reform, Airtasker and Unions NSW entered into an agreement to address working conditions for its platform users. The agreement focused on key issues affecting workers such as pricing, safety and insurance, and included price guides for above-award rates and personal injury insurance for workers. The success of the agreement remains to be seen, but the approach represents willingness by industry and unions to acknowledge the nature of the gig economy and attempt to strike a sustainable balance between innovation and workers' rights. This allows stakeholders to drive policy and contribute to the development of a suitable framework for engaging with workers and users.

In the absence of legislative reform, if we do see a case involving a gig economy business before the Australian courts, it is likely that the High Court's "quacks like a duck" test will be applied. As precedent set down in Re Porter (1989) 34 IR 179, the test emphasises that "parties cannot create something which has every feature of a rooster, but call it a duck and insist that everybody else recognise it as a duck", meaning that a business's legal responsibilities to workers will be dictated by the nature of the relationship itself (rather than its label under contract).

Historically the law can struggle to adapt to new situations, so it will be interesting to see how gig economy employment relationships will be scrutinised when a case is brought before the courts.

We would like to acknowledge the contribution of Ian Bennett.