Andrew, the National Service Line Leader of our Mining & Resources team, is an outcome-driven lawyer who focuses on helping mining companies achieve operable, workable and defendable mining approvals platforms. He’s a big believer in taking responsibility for getting results and is known for his honest, practical approach. 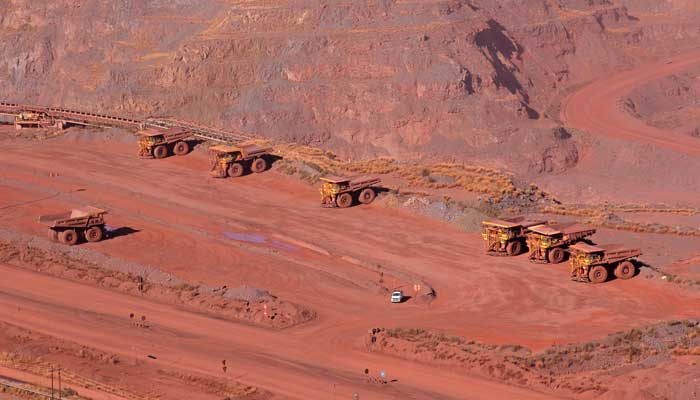 Some of the uncertainty around resources legislation in Queensland, especially around objection rights and restricted land, looks set to end with the introduction of the Mineral and Other Legislation Amendment Bill 2016 (MOLA). MOLA proposes to amend the Mineral and Energy Resources (Common Provisions) Act 2014 (Qld) (MERCPA), which is scheduled to commence on 27 September 2016 (if it is not proclaimed earlier).

The MOLA amendments to restricted land and objection rights have been foreshadowed since the last Queensland election in January 2015. Assuming that MOLA is passed in its current form, its key amendments fulfil election commitments as well as make some minor changes to the overlapping tenures regime for coal and petroleum operators.

The main effects of the combined MOLA and MERCPA amendments are discussed below.

Restricted land is still intended to apply to all resource authorities, with the MOLA amendments clarifying the distance that restricted land extends from the relevant features on the land.

For mining leases, the surface of restricted land can only be included in the mining lease area if the relevant owner of the land provides written consent to its inclusion before the last objection day. Note, it would appear that only the owner's consent is needed and no consent is required from an occupier, although there may be an argument contrary to this.

There remains no mechanism to have restricted land included in the mining lease area without an additional surface area application, even if the relevant owner later provides their consent. It therefore remains of critical importance that resource authority holders and applicants identify whether relevant features that create restricted land exist within their tenure area (or close to the boundaries of their tenures) when applying for their tenures and when planning activities on the land.

Under MOLA, the range of people who can object to the grant of a mining lease will once again become unlimited.

The provisions in MERCPA, which had limited the people who could object to the grant of the mining lease, have been removed by MOLA restoring the position that currently exists under the Mineral Resources Act 1989 (Qld). There is no requirement that an objector must be an owner of land within the area of the mining lease application, nor that they have any connection to the land or the area in which the mining lease is being sought.

Consistent with the public having the right to object to mining lease applications, public notice of the application will once again need to be published in newspapers in the area.

It is understood that the changes to the overlapping tenure regime for coal and petroleum proposed by MOLA have been the subject of consultation between industry and government.

A new change introduced by MOLA is that, where a resource authority holder has entered private land to carry out authorised activities (or access land has been entered in the exercise of access rights over that land), the resource authority holder will now need to provide a report rather than providing a notice to the owners and occupiers of land.

The details of what the report contains and how frequently a report needs to be provided for ongoing activities will be the subject of regulations.

A resource company will need to make sure that it provides the completed (and accurate) reports within the required timeframes and that they are prepared for both access land and land on which activities are being carried out. The content of the report will be evidence of the extent to which the resource company has complied with its obligations under any agreement with the owner or occupier of the land (or Land Court determination) and the requirements of the relevant resources legislation.

While MOLA seeks to deliver on election commitments by the current ALP Government, given that there is a minority government in Queensland, the passage of MOLA will depend on the cross-benchers. It seems likely that MOLA will be supported by the cross-benchers given their constituents and previous positions expressed by them.

MOLA has been referred to the Infrastructure, Planning and Natural Resources Committee, which will prepare its report by 10 May 2016. This could mean that MOLA may be returned to Parliament for its second reading and debate, and could be passed in time to come into effect with the rest of MERCPA on 27 September 2016.