Do you have the right risk cover? 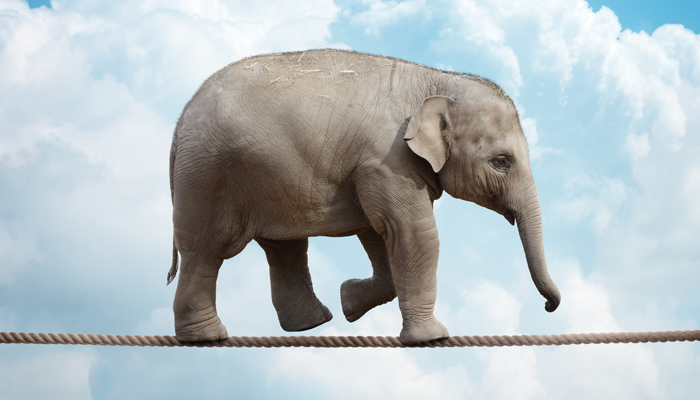 In November 2015, the Productivity Commission reported that the average unfair dismissal claim costs employers $13,500. Claims for general protections, discrimination and bullying, as well as workplace health and safety prosecutions also represent a significant cost to employers in terms of legal defence costs and downtime.

Many employers take out insurance to cover workplace risks, without fully understanding the different types of policies on the market and the risks they cover. Some employers are not fully aware of their obligations under their policy when a claim is made and it is important that they understand how to maximise their cover.

Employment practices liability (EPL) insurance covers an employer—including its directors, officers, managers and employees —for claims made by employees, contractors and job applicants. The types of claims covered include unfair dismissal, general protections, failure to promote, bullying, harassment, discrimination and retaliation. The policy usually covers legal defence costs, settlement payments and other payments the employer may be ordered to pay.

Statutory liability insurance covers an employer and its employees for defence costs, fines and penalties imposed as a result of breaches of federal and state legislation. Workplace health and safety, and competition and consumer legislation are two examples.

Management liability insurance covers an employer and its employees for wrongful acts relating to the management of the business. It generally includes EPL and statutory liability as well as fidelity, directors' and officers' liability, cyber risk liability and corporate liability for activities such as audits conducted by the ATO.

Directors and officers (D&O) insurance covers an employer's directors and officers (and in some cases senior managers) to protect them from personal liability for claims arising from the discharge of their responsibilities and duties. If the employer incurs legal defence costs on behalf of a covered individual, it may claim reimbursement of those costs under the policy. Most D&O policies offer EPL as an extension of cover for payment of an additional premium.

An employer must notify its insurer of a claim against it, including being subject to an investigation or prosecution, or any facts or circumstances that might reasonably be expected to give rise to a claim. The time frame in which notification must be given varies between policies. Some require immediate notification while others require it as soon as reasonably practical.

This requirement allows the insurer to investigate the claim or possible claim at an early stage. Evidence that might otherwise become unavailable over time (for example, security footage that is only retained for a short period) can be identified and preserved. Witnesses can be interviewed while the events are still fresh in their mind. Early notification can also allow a claim or possible claim to be resolved before loss or further loss is suffered, thereby reducing the cost of the claim.

Claims can go unnotified for various reasons. An employer may overlook that it has an EPL policy if, for example, it was offered as an extension of another insurance policy. Some employers do not understand what types of employment claims and losses are covered under their EPL policy.

An employer might also make a deliberate decision not to immediately notify their insurer of a claim or possible claim because they believe they can resolve the claim and avoid paying any excess under the policy.

Whatever the reason for late notification, the consequences for the employer can be severe. If the insurer has been prejudiced by the late notification it may reduce its payment under the policy or even decline cover completely, leaving the employer exposed for the full amount of the claim and its own legal defence costs.

Almost all policies offer extensions of cover, such as costs of engaging public relations or crisis management services in connection with a claim. This assistance can prove invaluable to employers in quickly minimising potential reputational damage to the business and its senior officers.

If a claim is made against an officer or employee who is covered by the policy, but has passed away or is incapable of managing his or her own affairs for reasons such as ill-health or bankruptcy, cover under the policy may be extended to that person's estate or legal representative.

What happens after a claim is notified?

Once a claim is notified and accepted by the insurer, it will generally take responsibility for defending the claim. This means the insurer will make strategic decisions about how the defence is run, including whether to settle or defend it. This is a standard term in most policies and reflects that the insurer bears the costs of defending the claim and payment of any settlement or court proceedings.

Under some statutory liability policies, the employer remains responsible for defending the claim but the insurer agrees to advance defence costs before the claim is resolved.

Insurers have appointed panels made up of law firms that are experienced in defending workplace claims. The insurer will decide which firm to appoint for a claim, but will generally agree to appoint the employer's preferred firm from the insurer's panel. Insurers will generally decline to appoint an off-panel law firm even if that firm is responsible for the employer's general day-to-day legal matters. It is important to be aware that if an employer incurs legal defence costs before it notifies its insurer of a claim, the employer may be unable to recoup those costs under the terms of its policy.

Once a claim is notified and a panel law firm is appointed, the employer needs to remain actively involved by responding to requests for information and documents without delay and keeping an open dialogue with the broker, insurer and appointed law firm. This will assist in resolving the claim with minimal disruption to the employer's business.

To maximise insurance cover for workplace risks, employers should:

01-12-2016| In this issue we discuss the importance of professional and appropriate workplace electronic communications, using examples from recent decisions where communications between workers have been made available during litigation, following orders to produce.