Are your communications under lock and key? 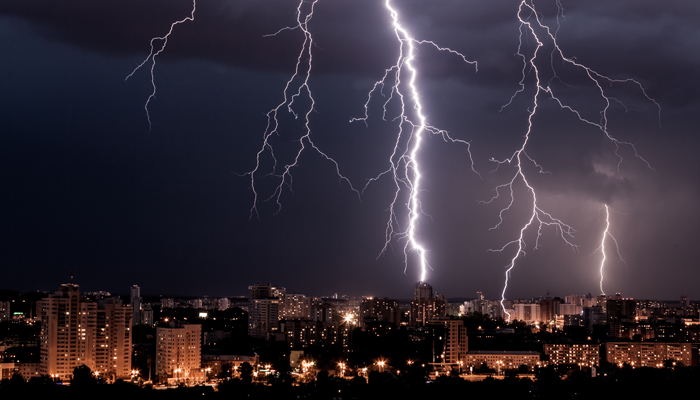 It is not uncommon for insurers to assume that legal professional privilege protects communications between their lawyers and the experts they retain to provide advice on indemnity. This assumption was recently questioned in Mobis Parts Australia Pty Ltd v XL Insurance Company SE [2016] NSWSC 1599 (Mobis), where the Supreme Court of New South Wales considered an argument that privilege in confidential communications between an insurer's lawyer and an expert engineer had been waived.

Mobis owned a warehouse in Sydney, which was insured under an Industrial Special Risks policy issued by XL Insurance. The policy contained an exclusion for faulty or defective design. The warehouse was severely damaged during a hailstorm, with the company claiming more than $65 million in storm damage losses.

XL retained engineering consultants Costin Roe (via Crawford & Company) to undertake a structural review of the warehouse, assess design issues—including compliance with relevant Australian Standards—and the potential for recovery. Costin Roe's preliminary report stated that, "Based on the information we have available... it is our opinion that the original structural design as documented on the drawings provided complies with the requirements of the relevant Australian standards". Costin Roe went on to conclude that, "the collapse of the warehouse was a direct result of the hailstorm... During this storm the superimposed loading due to hailstones, water and ice on the roof greatly exceeded the design loads required in accordance with the Australian standards".

On 5 June 2015, XL granted indemnity to Mobis and paid the insured €10 million, asserting that it was the maximum limit of XL's liability under the policy. As a result, Mobis was left with an uninsured loss.

Mobis issued proceedings seeking declaratory relief regarding the available limit, contending that XL's limit was, in fact, approximately $72 million on the proper construction of the policy. During the course of the proceedings, expert reports from an engineer and a meteorologist were served by Mobis, which caused XL's legal advisers to reconsider whether the defective design exclusion applied.

XL sought to re-engage Costin Roe to provide expert evidence, however, it was determined that Costin Roe had designed other structures damaged in the same storm and so another engineer was retained. That engineer expressed concerns with the warehouse design and its compliance with Australian standards. With this evidence, XL filed a notice of motion seeking leave to amend its response to include a plea that it was not liable to indemnify Mobis under the policy, because the design exclusion applied. Mobis opposed the application. In issue were the lateness of the amendment and the question of whether XL was permitted to resile from its earlier grant of indemnity.

Before the application, XL's solicitor swore two affidavits, one of which annexed a copy of the Costin Roe report. The application was allowed by the Court and XL amended its response.

Mobis sought orders granting access to the documents on the basis that XL had impliedly waived privilege. It argued that:

What conclusion did the judge come to?

Justice Beech-Jones referred to the operative principle in Mann v Carnell (1999) 201 CLR 1, that the Courts will consider a waiver where there is inconsistency "between the conduct of the client and maintenance of the confidentiality". His Honour also noted the approach in Osland v Secretary, Department of Justice [2008] HCA 37 that, when looking at a privilege holder's inconsistency, consideration must be given to the context in which the disclosure occurred and the reason for the disclosure.

His Honour also considered Federal Commissioner of Taxation v Rio Tinto (2006) 151 FCR 341. In this case the Full Court stated that the waiving of privilege is not resolved by simply asking whether the privilege holder has put their state of mind in issue, but whether they have placed the contents of the otherwise privileged communications in issue, either in making a claim or by way of defence.

Having regard to these cases, Justice Beech-Jones determined that XL had not raised its state of mind as a substantive issue, nor had it placed the contents of the Costin Roe communications in issue. It had simply sought to rely on the exclusion clause in its amended pleading and, therefore, there wasn't any inconsistency on its part.

It was found that the purpose and context of the information disclosed in the affidavit was to explain the reasons for XL's delay in relying on the exclusion clause in its original pleading. Having regard to that purpose and context, the Court was not satisfied that there was any inconsistency in the disclosure of the Costin Roe report with the maintenance of privilege over the experts' communications with XL's solicitors.

Mobis is an important reminder of the potential for the loss of privilege over confidential communications with experts because of inconsistent conduct on the part of the insurer or its legal advisers. However, it is reassuring to know that courts will examine the context in which any disclosure is made and the reasons why it occurred when determining whether privilege has been lost.

We would like to acknowledge the contribution of Matthew Davis and Christopher Chivers.