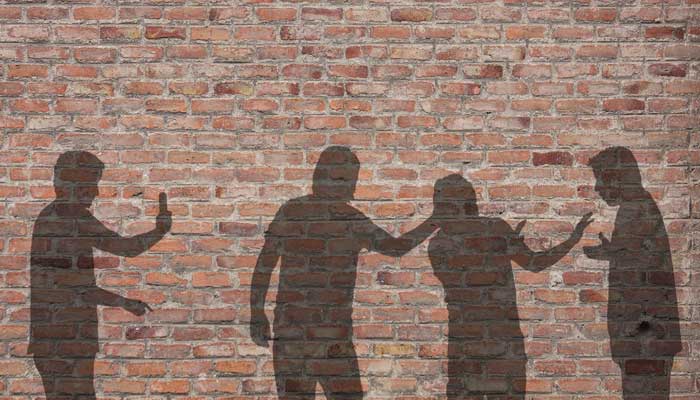 When the anti-bullying jurisdiction in the FW Act commenced, there were fears of a wave of applications.

We look at some key outcomes in the first two years of operation of the jurisdiction and ask what it has meant in practice for employers.

In the period from 1 January 2014 to 31 December 2015, only 11 anti-bullying orders were made by the Fair Work Commission, despite the Commission receiving 1,052 applications.

Of those applications, only 27 were recorded as relating to Commonwealth Government employment.

As with any industrial litigation, many applications are resolved by the parties without the need for an order.

In addition, a review of the reported cases indicated that changed circumstances in the workplace can reduce the risk of the Commission making orders.

First, a quick snapshot of the jurisdiction. Under Chapter 6, Part 6-4B of the FW Act:

Reasonably believes that he or she has been bullied at work

The initial hurdle for applicants is to show that the conduct complained of actually occurred and that it constituted bullying.

Whether the conduct is bullying will depend on the circumstances or context.

For behaviour to be considered bullying, there must be repeated conduct. It is rare to have just one type of conduct raised in an application—there is usually a range or list of alleged behaviours raised.

For example, in Rachael Roberts v VIEW Launceston Pty Ltd as trustee for the VIEW Launceston Unit Trust T/A View Launceston [2015] FWC 6556, the Applicant claimed 18 separate incidents of bullying. The Commission found some of these were bullying, including the manager delaying actioning work submitted for approval by the Applicant, speaking in a belittling, rude and hostile manner, either ignoring or speaking to the Applicant in an abrupt way, removing her as a Facebook "friend" immediately after a workplace disagreement and generally treating her differently to other employees.

Creates a risk to health and safety

There must be a causal link between the behaviour and the risk to health and safety.

In two decisions, Ms SB [2014] FWC 2104 and Amie Mac v Bank of Queensland; Locke [2015] FWC 774 (Amie Mac), the Commission confirmed that applicants don't need to demonstrate they suffered an actual detriment to their health and safety. The issue is whether the conduct gave rise to a risk to health and safety, which is not a particularly high threshold.

The Commission often finds that conduct is not bullying because it is reasonable management action, such as performance improvement action.

Even where the implementation of a performance improvement process is not beyond criticism or does not constitute the best human resources practice, the shortcomings may not reach the required level to be viewed as having been carried out in an unreasonable manner, as shown in Amie Mac.

Prevent the worker from being bullied at work

There must be an ongoing risk that the bullying will continue before an order can be made. Recently, this has proven to be the main impediment to obtaining an order.

The Commission has repeatedly refused to make orders where:

For example, in KM [2016] FWC 2088 the Commission found it lacked jurisdiction because the Applicant had left the workplace.

However, removing the alleged bully or an applicant from the workplace may give rise to other claims against the employer, such as unfair dismissal or a breach of the general protections provisions in the FW Act. For this reason, such action should not be viewed as a quick fix. Conversely, conducting an investigation into a claim of bullying and taking disciplinary action against the perpetrator, if substantiated, would be appropriate.

Another response employers can take is to show that changes have been made in the workplace to reduce the risk of continued bullying. For example, in Ms LP [2016] FWC 6602 and Ms LP [2016] FWC 763, the employer introduced a series of positive initiatives, which reduced the risk. This was based on the employer's evidence that it had developed, and provided training on, a comprehensive set of policies about workplace bullying and appropriate workplace behaviour. When the Applicant raised further complaints, the employer immediately appointed an experienced workplace investigator to investigate the conduct.

In the Rachael Roberts decision, however, the Commission rejected the employer's claim that an order was unnecessary because an anti-bullying policy and reference manual had been rolled out to the workplace since the application. The Commission found the employer had denied that any of the alleged behaviour constituted bullying at the hearing and this demonstrated a lack of understanding as to the nature of bullying. As a consequence, the anti-bullying order could be made.

Where does this leave the bullying jurisdiction?

While employees are making applications to the Commission for anti-bullying orders, they are not doing so in the expected numbers. This may be due in part to the lack of jurisdiction to order compensation or concerns about how an application may affect the employment relationship.

Where applications are made, many do not proceed past conciliation conferences.

More significant, however, is the fact that very few orders have been made.

While changes in personnel and workplace procedures and culture have reduced the risk of ongoing bullying and the need for orders in some cases, this has not been sufficient in other cases.

The first two years of the jurisdiction has provided general, but not definitive, guidance on workplace bullying for employers. It will be interesting to see how the jurisdiction develops in the future.

We would like to acknowledge the contribution of Janice Nand.