An age old conundrum—injury or disease?

Nam advises a diverse range of clients under the Commonwealth compensation scheme, social security, and administrative law. He is an experienced litigator and regularly appears as an advocate at the Administrative Appeals Tribunal and Federal Court. 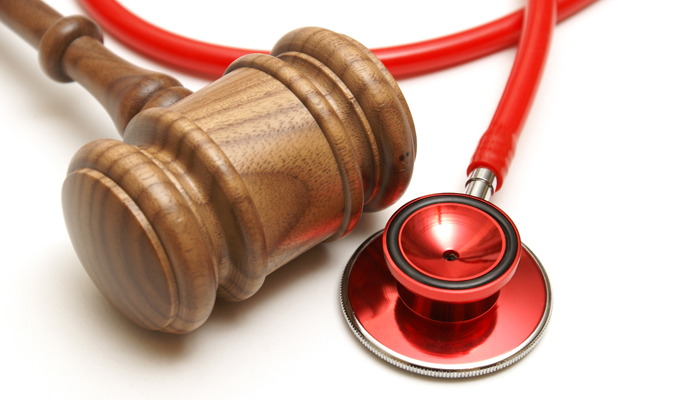 For years, claims managers have been grappling with how to characterise an "injury" under workers compensation law—which is important because it determines whether a causal or merely temporal connection with employment is necessary to establish liability. The principles were fairly well settled until the Full Federal Court's decision in May v Military Rehabilitation and Compensation Commission [2015] FCAFC 93 appeared to expand the definition of "injury" to contain any "physiological change or disturbance of the person's normal physiological state (physical or mental)"—potentially including anything that was previously considered a "disease".

On appeal in Military Rehabilitation and Compensation Commission v May [2016] HCA 19 (May), the High Court endorsed the earlier position that "disease" and "injury (other than a disease)" (often referred to as "injury simpliciter") were two distinct categories of illness and that the precise nature of the physiological change is central in determining how an employee's condition should be classified. Importantly, the Court held that while not determinative, the concept of "suddenness" remains a useful consideration.

The recent Federal Court decision in Freeman v Military Rehabilitation and Compensation Commission [2018] FCA 394 (Freeman) has provided further guidance on assessing an employee's condition as a disease or injury (other than a disease) for the purposes of the Safety, Rehabilitation and Compensation Act 1988 (Cth) (SRC Act). The decision also has implications for the management of workers compensation claims in various jurisdictions.

In 1999, the Applicant first noticed a malignant melanoma—which she attributed to sun exposure during her military service from when she enlisted in 1993 to when the melanoma appeared—and subsequently claimed compensation. At the claims level, the Applicant's condition was treated as an ailment (being a potential "disease" under the SRC Act) and initial liability was denied because the delegate found the Applicant's military service did not materially contribute to the onset of the condition.

At the Administrative Appeals Tribunal, the Applicant contended that if her condition did not meet the causal test for a compensable disease, it was alternatively an "injury (other than a disease)". The Applicant relied on May to argue that the cancerous tumour of the skin involved the development of an ascertainable lesion on her thigh, which represented a change to the normal physiological state and therefore an injury, within May's parameters.

In rejecting this submission, the Tribunal said: "Before there can be said to be an injury, there must be something more than a change from the normal state and functioning of the human body to an abnormal state. That change must have come about in a way that is, as held by the plurality in May, a definite or distinct physiological change or physiological disturbance for the worse which, if not sudden, is at least identifiable."

The Applicant appealed the Tribunal's decision to the Federal Court on a number of grounds, including that the Tribunal lacked evident and intelligible justification in finding that her condition was not an injury simpliciter. The Court, constituted by Her Honour Justice Kenny, found no error in the Tribunal's reasoning process and confirmed the relevant distinction between injury and disease:

"In characterising a physiological event as an 'injury', the authorities have drawn a distinction between a physiological change occurring during the progression of a disease, which is not distinct from the defect, disorder or morbid condition constituting the disease and bringing about the change, and other 'definite or distinct' changes to the body (see MRCC v May at [78] (Gageler J)) that have ascertainable, significant and usually immediate and dramatic consequences for the employee. 'Injuries simpliciter', as they are often conveniently called, are of the latter kind."

Justice Kenny acknowledged that suddenness may not be necessary to identify an injury (other than a disease), but it was relevant, as suddenness could distinguish what had occurred from the natural progression of an underlying condition. Her Honour contrasted the Applicant's circumstances with those arising in the often cited case of Kennedy Cleaning Services Pty Ltd v Petkoska (2000) 200 CLR 286 (Petkoska), where the emergence of a lesion immediately rendered the employee incapable of speech and incapacitated her for work—these sudden and dramatic consequences resulted in a sudden change or disturbance to the physiological state, which was properly described as an "injury". The emergence of the melanoma in Freeman did not result in a turn for the worse in the same sense. Further, the medical evidence indicated that physiological change initiated by sun exposure progressed in a way that was not distinct from the underlying defect, disorder or morbid condition.

When claims managers are faced with determining liability for a cancerous condition, the question of whether the condition is an injury or a disease will continue to be complex, however Freeman has further clarified the approach to be taken. Justice Kenny usefully set out the key considerations following the High Court's judgment in May:

Medical evidence will be crucial in resolving these issues, especially when there is an underlying disease process. If an incident along the disease process produces a physiological change or disturbance "for the worse" that is sudden or at least identifiable (as in Petkoska), an employee may be more likely to establish liability on the basis of an injury (other than a disease).